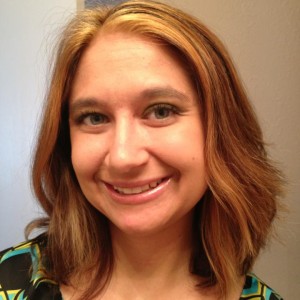 My story begins the day I was born on November 13th of 1986. I was born addicted to drugs. I was born on November 13th, 1986 in Davenport, Iowa. My biological parents were drug addicts. I spent the first year of my life having drug withdrawals. I only weighed 11 pounds at a year old, which explains exactly why the courts took me away from my parents. I was fortunate enough to have my grandparents on my father’s side agree to take me in. They have raised me ever since and when I was eight they officially adopted me.

I don’t know much about my family on my grandfather’s side. I have talked to some, who have found me through this website and facebook, including my biological mother, but beyond that nothing. I had the best child hood a girl could ask for though, and I thank my grandparents (who I refer to as Mem & Pops) every day for that. Pops is my biological grandfather. Mem is my grandmother, but only so by marriage. She actually is no blood relation to me. However; blood relation or not she is my family along with the many relatives I have from her side who treat me like one of their own. Beyond that I won’t go any further into who is and who is not blood related to me. Because it doesn’t matter in the end, they took care of me, they loved me, and in my mind they will always be my parents.

I lived in Rapid City, Illinois until I was 9. Pops got a job in Lake Havasu City, Arizona in 1996 with a company called Arrowhead West. So we packed up our bags and headed out west. I have lived in the sun shine state ever since. I love it here.

I lived in the Tucson area for three years with my then fiance, Robert. However, the relationship didn’t last and due to my family’s health I moved back to Lake Havasu City in July of 2008.

I currently work for a local politician and have been heavily involved in the political scene since moving back to Havasu. I currently am the 1st Vice and webmaster of the Lake Havasu Republican Women’s Club.

Along with my political dedication, I also have been involved in helping to serve my community by serving 4 years on the Lake Havasu City Board of Adjustments and also serving as secretary and founding member of the local LGBTS group.

I meet my husband, Cory in July of 2010 and shortly after we married. We have been together ever since and we couldn’t be happier.
I am the mother of two miniature pintures named Duncan and Charlie Brown.  Who I love very much!!

I am currently in the process of writing and publishing my very first novel called Affair of the Mind which is partly based off of my high school years and beyond. I also own my own web design business where I specialize in wordpress and small business/non-profit design.

If there is anything else you would like to know about me, send me an email. I love meeting new people.